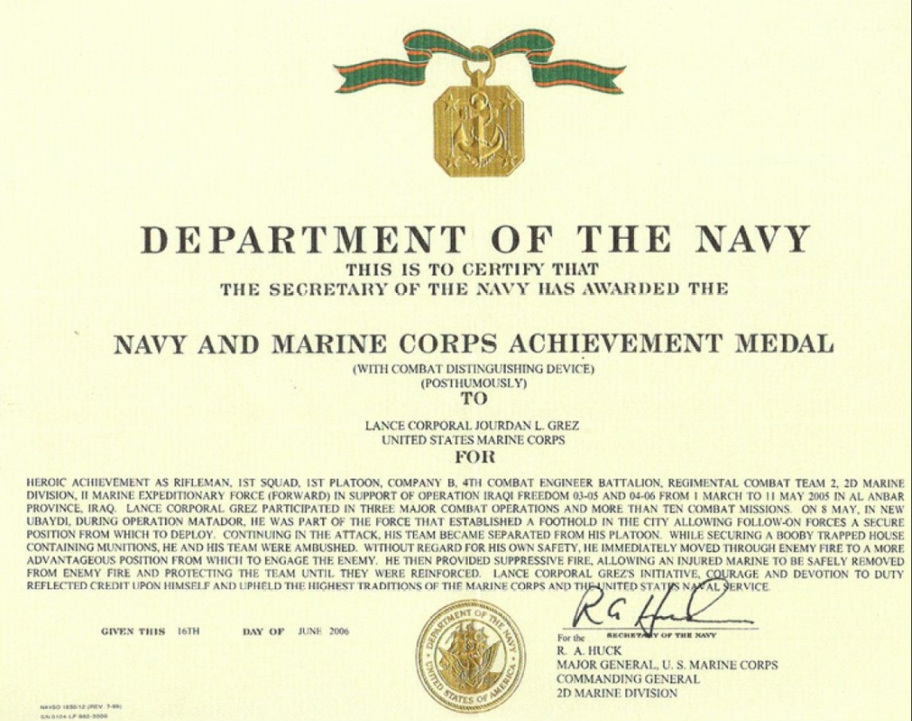 "​Armand fought long and hard to beat the cancer, but it took him away from us anyway. He and Jourdan are together on Heaven's brightest star." Andrea Grez...
AGE: 70 • Louisa, VA

Prior to moving to Virginia, Armand lived in Spring Lake and Little Silver, NJ. He worked in the television industry for various TV stations across the country. In the 1970's, Armand owned and operated A's Inn of Deal and South Belmar, NJ.

The family would like to continue Armand's efforts to honor the sacrifice of America's Fallen and to assist the families of wounded Veterans. In lieu of flowers, donations may be made in his name to The Eyes of Freedom Memorial (www.limacompanymemorial.org) or Fisher House Foundation (www.fisherhouse.org).